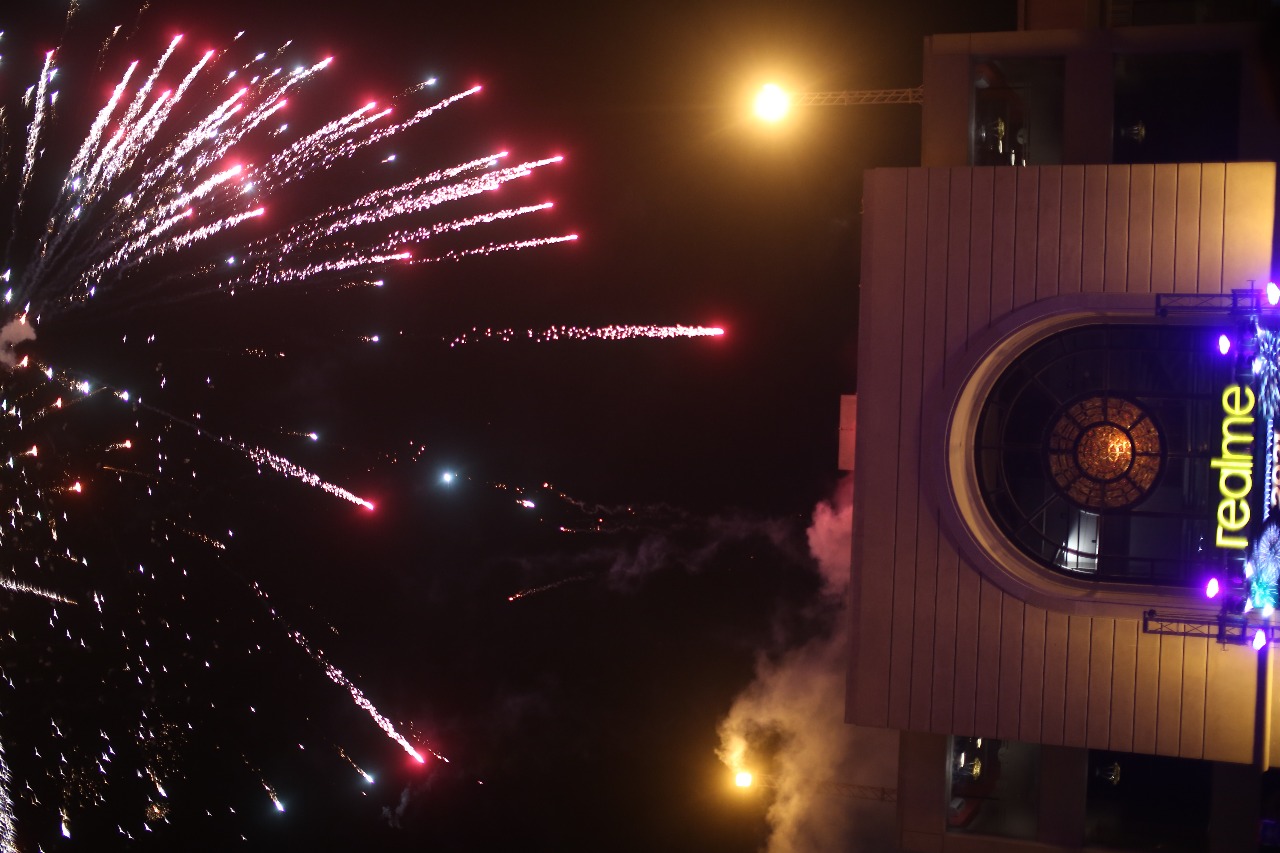 New Year’s is a time of celebration for everyone around the world. The young and trendsetting smartphone brand realme made special arrangements for its fans in Pakistan for this year’s eve. realme organized new year celebrations in collaboration with Port Grand Karachi. A Grand celebratory event for organized with music, fireworks, and a lot of fun. It was the biggest New Year celebration in the city with mid night countdown followed by a grand fireworks show.

realme never lets its customers down when it comes to celebrations. It keeps its promise to be young and trendy bringing this grand New Year’s celebration for its fans and customers. Port Grand is a cultural hub on Pakistan’s Seaport and celebrations here are a truly delightful experience. realme brought that delight for its amazing fans on this New Year’s Eve. The event included many musical and cultural performances ending the year with a New Year countdown and breathtaking fireworks show. Realme goodies were also distributed among the partakers.

thousands of people took to Port Grand for the realme New Year’s celebration. Persons from various media outlets and realme fans were the major crowd. It also gave people a chance for a Media meet-up and dinner. With farewells to 2020 and hellos to 2021 realme’s event spiced up New Year’s Eve for everyone.

realme is truly a young and trendy brand. Whether it is a new device or wearable or any celebratory event, realme never forgets its young and fun-loving audience and customers. It has come up with some very trendy gadgets for its lovely fans in Pakistan and enters the New Year 2021 with a positive attitude and energy carrying the spirit of realme’s slogan ‘Dare to Leap’.