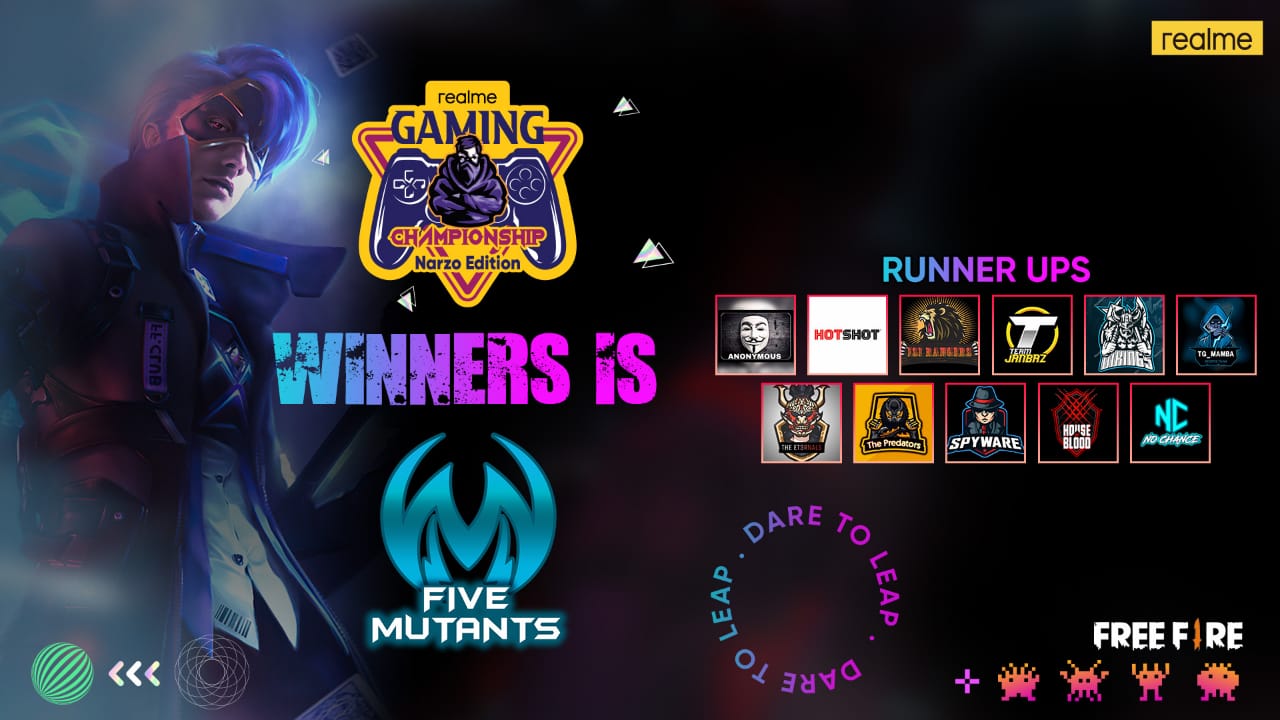 Lahore – Monday, April 12, 2021: Mobile gamers across Pakistan were treated to an exhilarating finale of the realme Gaming Championship – Narzo Edition which was held in partnership with Free Fire. The grand finale saw 12 top teams qualify from across the country, making through various grueling rounds. The team “Five Mutants” clinched the title while 11 others stood runners up. The winning team received four realme Narzo 30A devices and a PKR 50,000/- cash prize, while a host of cash prizes were distributed amongst the runner ups.

The realme Gaming Championship – Narzo Edition was organized to commemorate the launch of realme Narzo 30A. It was meant to entice the mobile gaming community, especially those who love to indulge in Free Fire. This was the second such gaming championship held under the auspices of realme Pakistan. When it comes to gaming, the realme Narzo 30A is a beast with its MediaTek Helio G85 processor, that packs a powerful performance.

Twelve teams made it through the qualifying rounds and subsequent finals to reach the grand finale. The championship saw some of the most powerful gamers from Pakistan compete neck and neck with each other including HOTSHOT ESPORTS, The Eternals, Team Janbaz, Five Mutants, TG_MAMBA, The Predator, Vikings, Anonymous, No Chance, House of Blood, Spyware, and ISI Rangers.

The team “Five Mutants” won the final round with a very tough and exciting match that was streamed live on realme’s official Facebook and YouTube channels, engaging thousands of viewers.