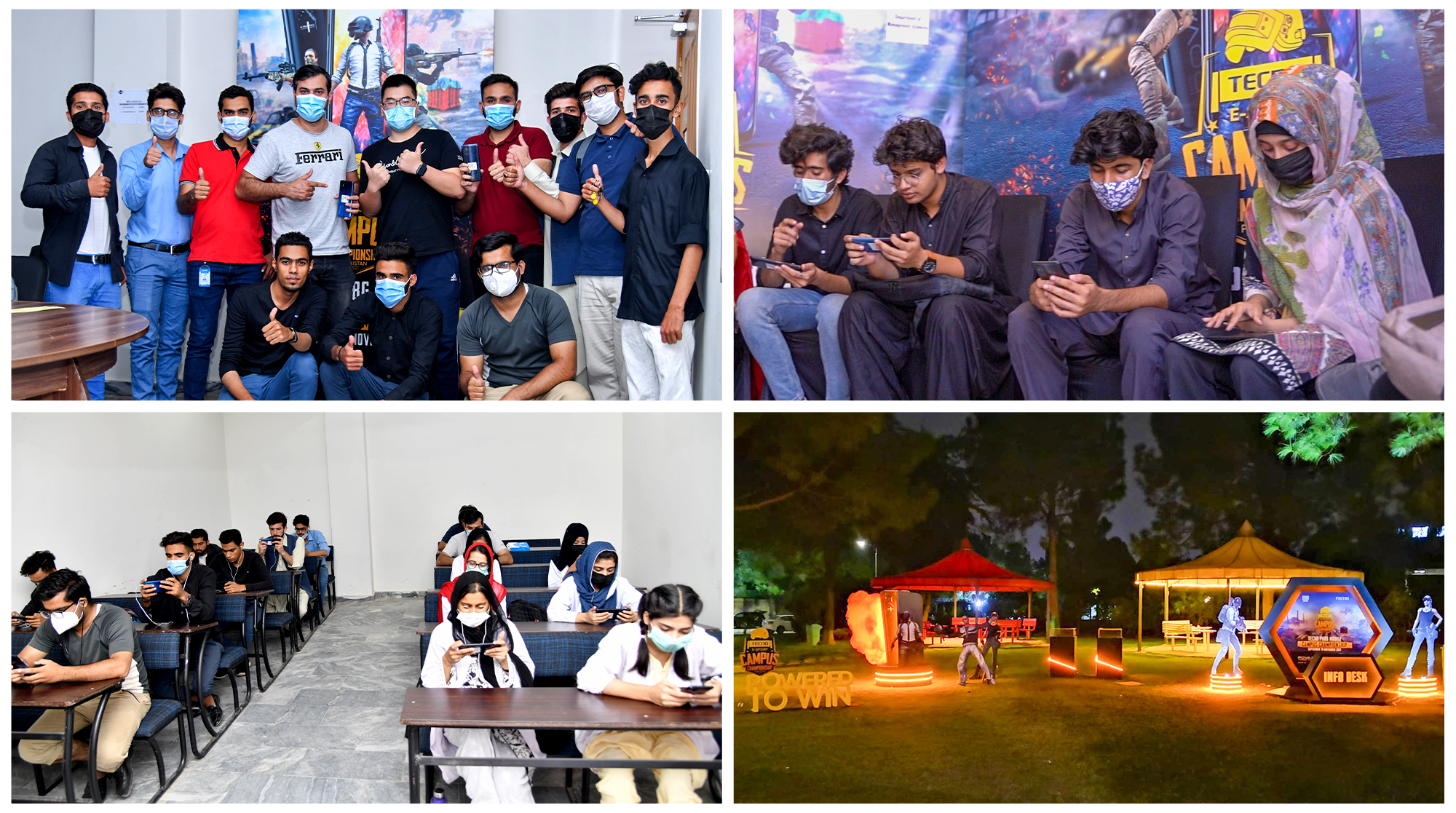 L ahore –Saturday, October 16, 2021: TECNO PUBG Mobile Championship successfully ends in Islamabad. TECNO went through four top Universities of the capital and held competitions and the winners will now compete in the Grand Finale in Lahore on November 20, 2021. Next destination for TECNO PUBG campus will be Lahore.!

Social media was on fire as soon as the list of universities was announced on TECNO’s social media accounts. Starting from the AIR University, TECNO went to Abasyn University, COMSATS University, and Iqra University in Islamabad. The activities engaged a lot of students for this interesting championship. The fun part is that there was also a special Concert of “21 The Band” live at COMSATS University.

Dozens of teams participated in each university comprising four members each. In Air University 69 teams participated in total and Team Clown Won the final round, whereas, Naughty or What Team won among the 81 Teams in Abasyn University Islamabad. A total of 180 teams took part from COMSATS University, and Deadly Demons won the winning title, and Team Fearless Guild from Iqra won among the 139 teams and have qualified for the Grand Finale in Lahore.

Moreover, TECNO also distributed the discounted vouchers among the university students.  The voucher holders can redeem their discounts for buying POVA 2 phone at Daraz.pk.. Also, do not forget to register yourselves for the upcoming matches in Lahore!

Hurry and register now at https://tecnopakistan.com/