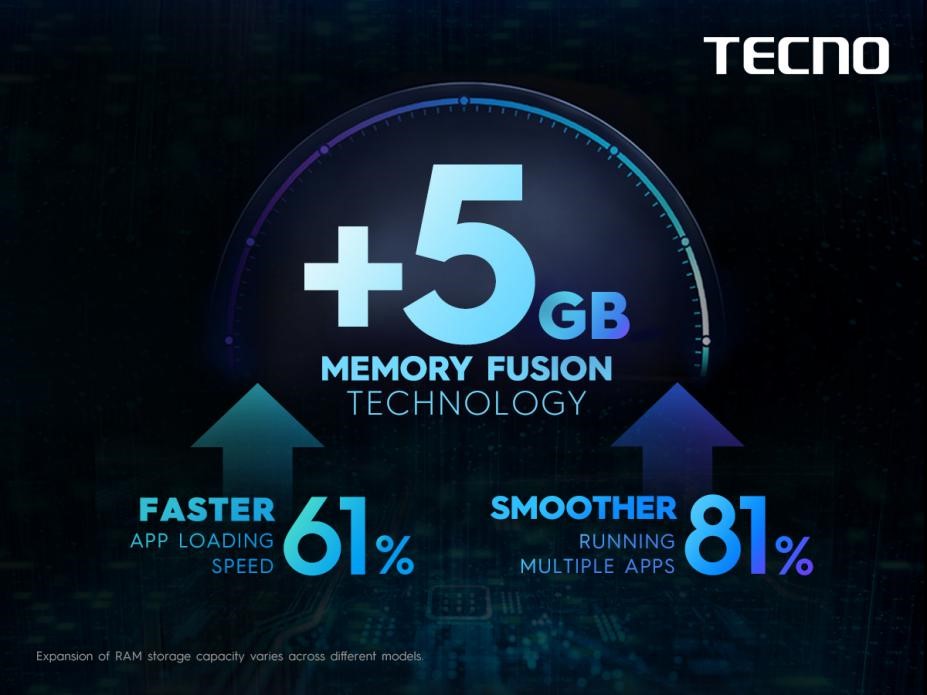 Lahore – Wednesday, December 22, 2021: TECNO, the new generation smartphone brand, released a new virtual Random Access Memory (RAM) expansion technology for its users, the Memory Fusion Technology. This new tool increases the RAM capacity of smartphones for optimal efficiency and processing power and will be available in the new CAMON 18 series phone in the coming week.

Memory Fusion Technology is specially designed to channel RAM operations by using unused read-only memory (ROM). For instance, a typical 8GB + 128GB smartphone can be optimized with an enlarged onboard RAM of up to 13GB + 128GB. By allocating more storage to RAM, the Memory Fusion Technology further enhances the device’s multitasking capacity, seamless switching between apps, and stabilizes the phone’s systems for more sustainable performance and longer battery life. 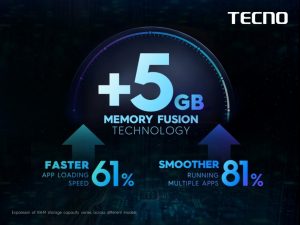 Kelvin Zeng, CEO of TECNO Mobile Pakistan, said “This is a great occasion for our fans to rejoice in. With Memory Fusion Technology, TECNO users can enjoy the fullest capabilities for a better smartphone experience. It will not only optimize the phone in a better way but will make usage smoother and quicker.”

Compared to a phone without Memory Fusion, the TECNO phone equipped with the technology allows for a lot of things. Specifically, on TECNO’s 8GB + 128GB phones which allow for up to 5GB increase of RAM, devices saw an 81% (up to 20 apps) increase in actively running applications, a 122% increase in warm reboot speed, and a 61% improvement in the time it takes to load frequently used applications.